James Anthony is a jazz standards/R&B vocalist that performs a unique selection of song arrangements spanning from the 1920s-1970s.  James\' voice has an unmistakable tone and he will take you to a place where the story comes to life.   Now, if you\'re looking for a pop vocalist, forget about it, but if you\'re looking for a smokey jazz torch singer and swing jazz vocalist with soul, James is your man.

James is the real deal who has lived it with his Irish/Italian family in New York until 1968, when his family relocated to Las Vegas to work with people in the Gaming/Casino industry.  James was placed in music school and over the years, became an extremely sought after drummer/backup vocalist.   James worked with international vocalist Amanda Fish as she provided vocal coaching and also worked with the vocal school program offered from the American Idol vocal coach Per Bristow.  As a seasoned professional, James Anthony is a man that gives his best and he expects the same from, not only the musicians performing with him, but the technicians and venue personnel as well.

James has a long history within the music business and want\'s the ticket holders to feel satisfied after the show.  James Anthony\'s performance can be tailor-fit for venues of different size with song selections to fit.  James\' signature tone, 3-octave range, rich whispers and amazing breath control will take you to a place where the story comes to life. James is a former RCA Records session artist and touring artist from the 80s and inducted into the Rock & Roll Hall of Fame in Las Vegas, and has returned to the music industry to share his unique vocal style with a music that is becoming lost with time.

James Anthony is known as The Last Torch Singer, and sings a selection of Torch Songs, Romantic Ballads, Broadway Songs and unmistakable swingin\' hits from the past. 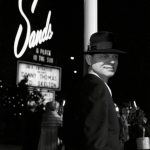